Here at Scène Éthique we are having one of our busiest summers in history!  After delivering the roof of Place Nikitotek in Sherbrooke earlier this summer, we are now heavily involved in the Toronto 2015 PanAm Games being held from July 10 to July 26 2015.

All Games have their flame

Last September, we were mandated by FCT Flames International, an Australian company, to design and build the cauldron where the Games flame burns since the opening ceremonies on July 10. This structure in the form of a giant pine cone is made up of multicolored petals each representing one of the sports competition during these Games. A small replica of the cauldron was also built to be used in the stadium during the different ceremonies and throughout the Games. 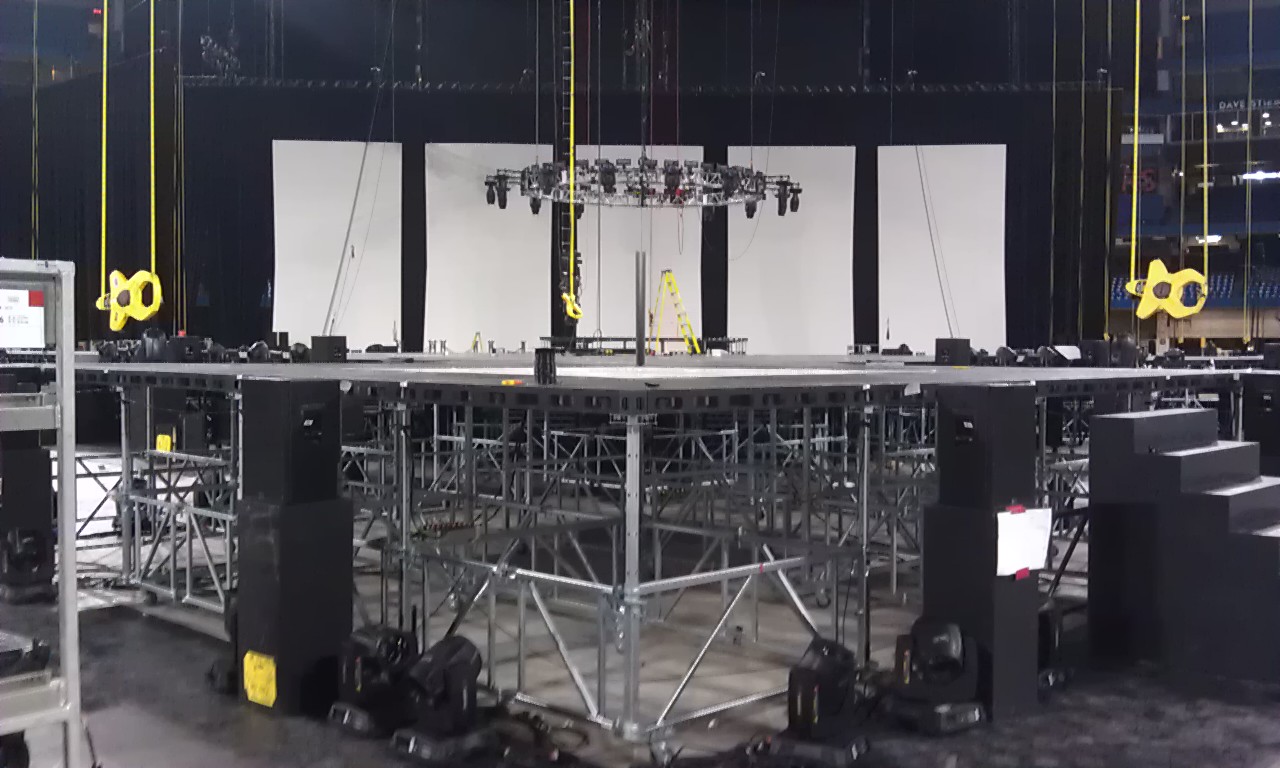 Our second major contribution to the Toronto 2015 PanAm Games is to provide as a rental the stage for both the opening and closing ceremonies of the Games. This fast deployment modular stage is approximately 12,000 square feet and was assembled in 12 hours in its opening ceremony configuration as designed by Cirque du Soleil producers. After the opening ceremony, the stage was disassembled in less than 6 hours and shipped to a temporary location in Toronto. It will be redeployed for the closing ceremony in a completely different configuration as specified by the producers of that show. Here is a picture of the stage being installed in the stadium before the opening ceremony.

Yes we have been very busy this summer but we love these great projects that allow our team to show its creativity and our know-how!